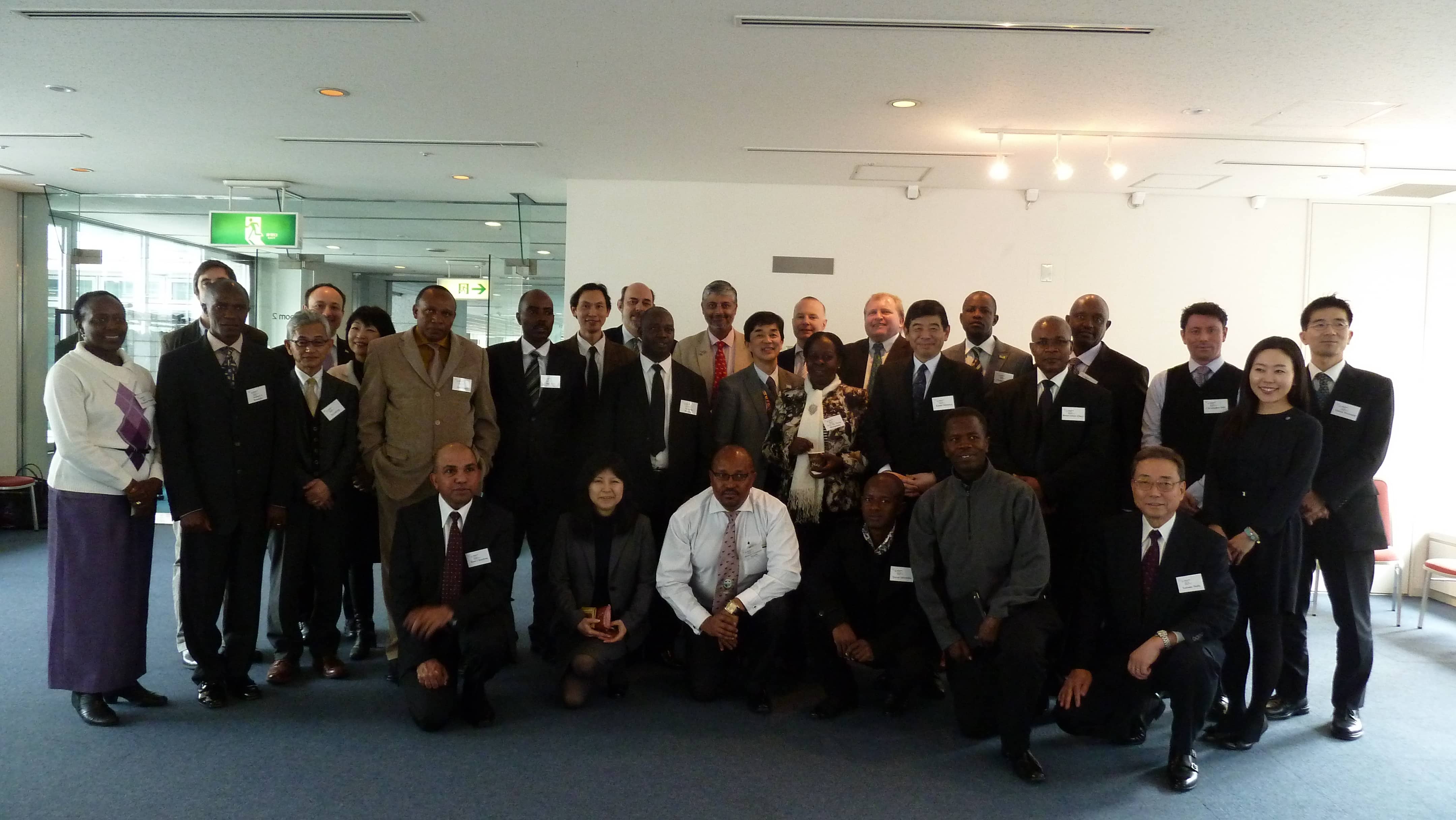 Speaking on the occasion, Ms. Mutagamba reiterated the need for a joint effort in combating wildlife crime and the need for effective legal structures in addressing the issue. Lauding the work of United Nations University in bringing out the first Transboundary enforcement information system in Africa, she said it is time to trust the potential of African countries in bridging information gaps.

Secretary General Dr. Kunio Mikuriya re-emphasised that WCO is committed to enhancing information sharing with the slogan ‘Sharing information for better cooperation’. He said that the WCO and its Members will be using every opportunity to put this slogan into effect, including the enhancement of communication on combating illegal wildlife trade.

CITES Secretary-General John Scanlon through a video message conveyed, “We are thrilled by the enthusiasm and overwhelming support for wildlife coming from so many places and people. It gives us great hope that we can secure a sustainable future for wild plants and animals, as well as for ourselves.”

Mr. Hideto Watanabe from the ministry of Foreign Affairs of Japan congratulated United Nations University for their work on WEMS –Initiative and stressed the commitment of Japan in addressing illegal wildlife crime.

In honour of the first World Wildlife Day, the United Nations University hosted the Tokyo Conference on combating wildlife crime within the central them of Transboundary Information Sharing. As part of the conference, three panel discussions were held as follows: 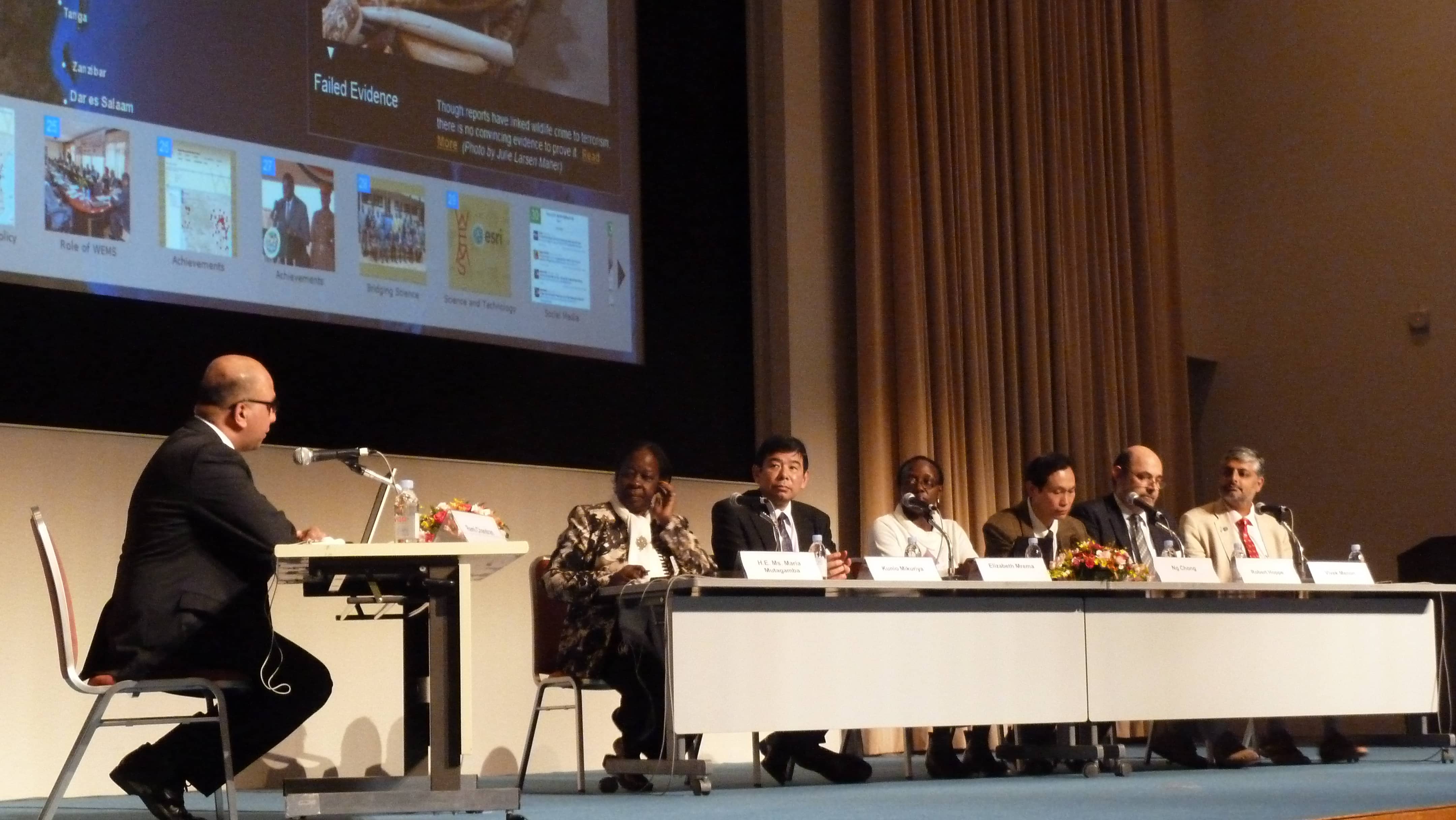 2. Role of the UN in combating wildlife crime 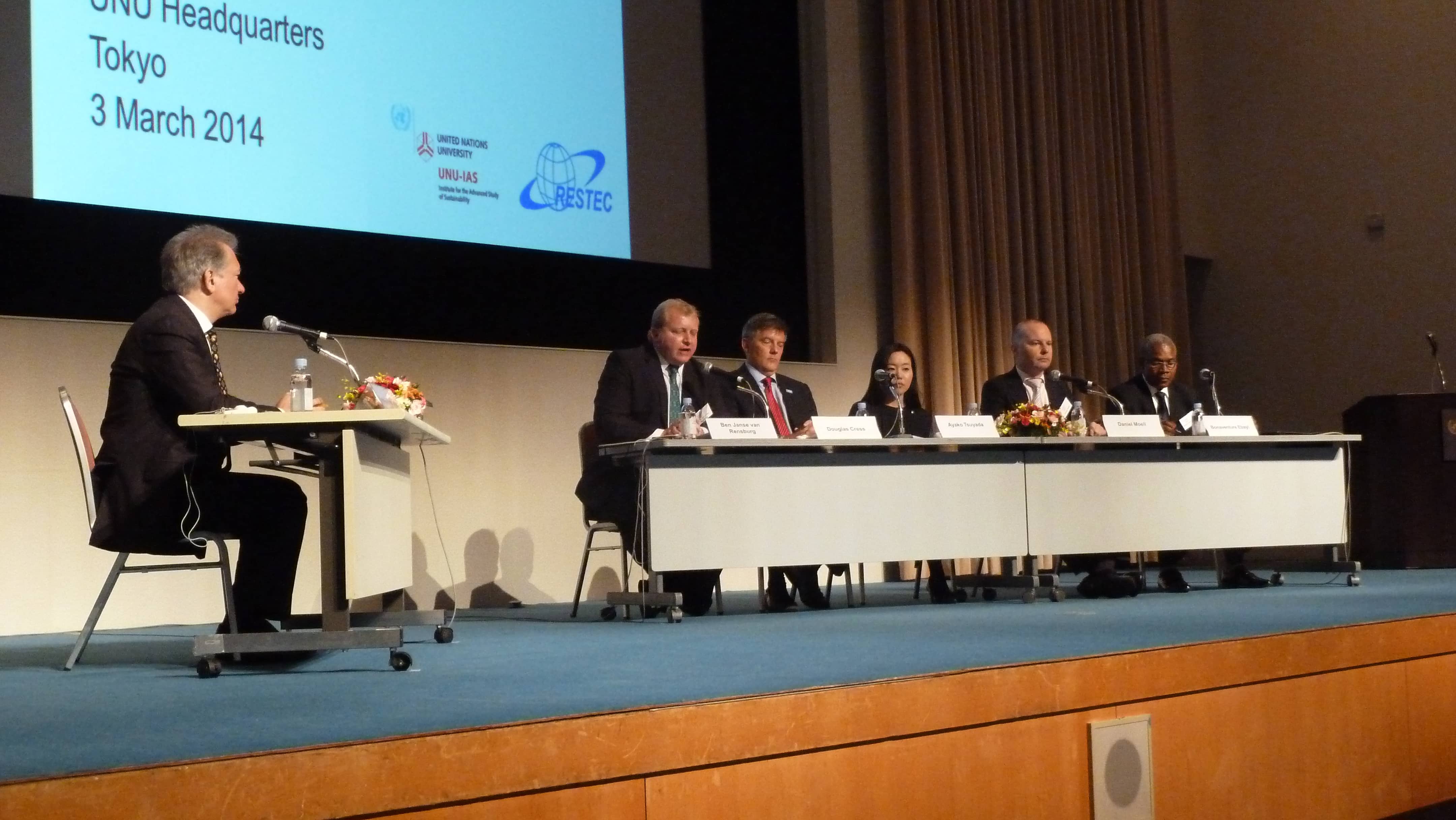 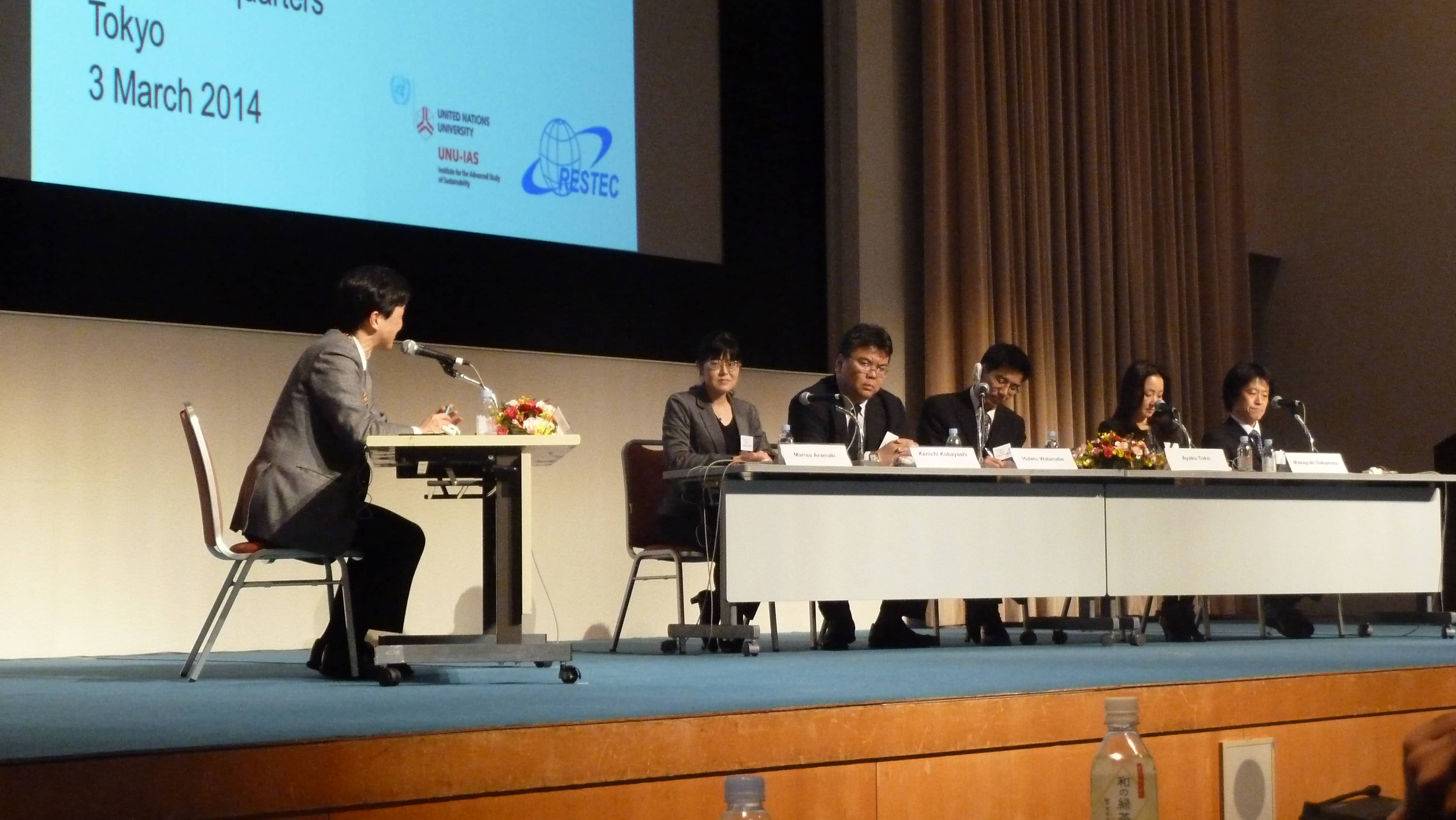 Following immediately after the London Conference on Illegal Wildlife Trade, where 46 countries earlier agreed on a declaration containing a series of commitments, including addressing corruption, adopting legislation for tougher penalties against poachers, the Tokyo Conference on the other hand focused exclusively on enforcement information sharing and bringing good governance.

The first and second days of the conference were open to the public, whilst the third day, a workshop on the functionality of the WEMS database, was reserved for invitees alone. On the first day, presentations and discussion panels addressed the role of scientists, national policymakers, UN Agencies and civil society in fighting wildlife crime through evidence-based policy-making, and how the role of the UN could be facilitated in these times of environmental crisis. Important issues that were raised included that, from the small number of offenders who are arrested, very few ever face earnest repercussions. There was general agreement on the requirement of enhanced information-sharing between countries in the struggle against wildlife crime, and on the need for (transboundary) trust to enable this option. After a final panel discussion on how Japan has tackled these issues, featuring government representatives and environmentalist NGO leaders, a closing ceremony raised awareness once again on the wide-ranging environmental, social and economic implications of wildlife crime, and on the urgency to intensify international efforts aimed at protecting our planet’s threatened fauna and flora. 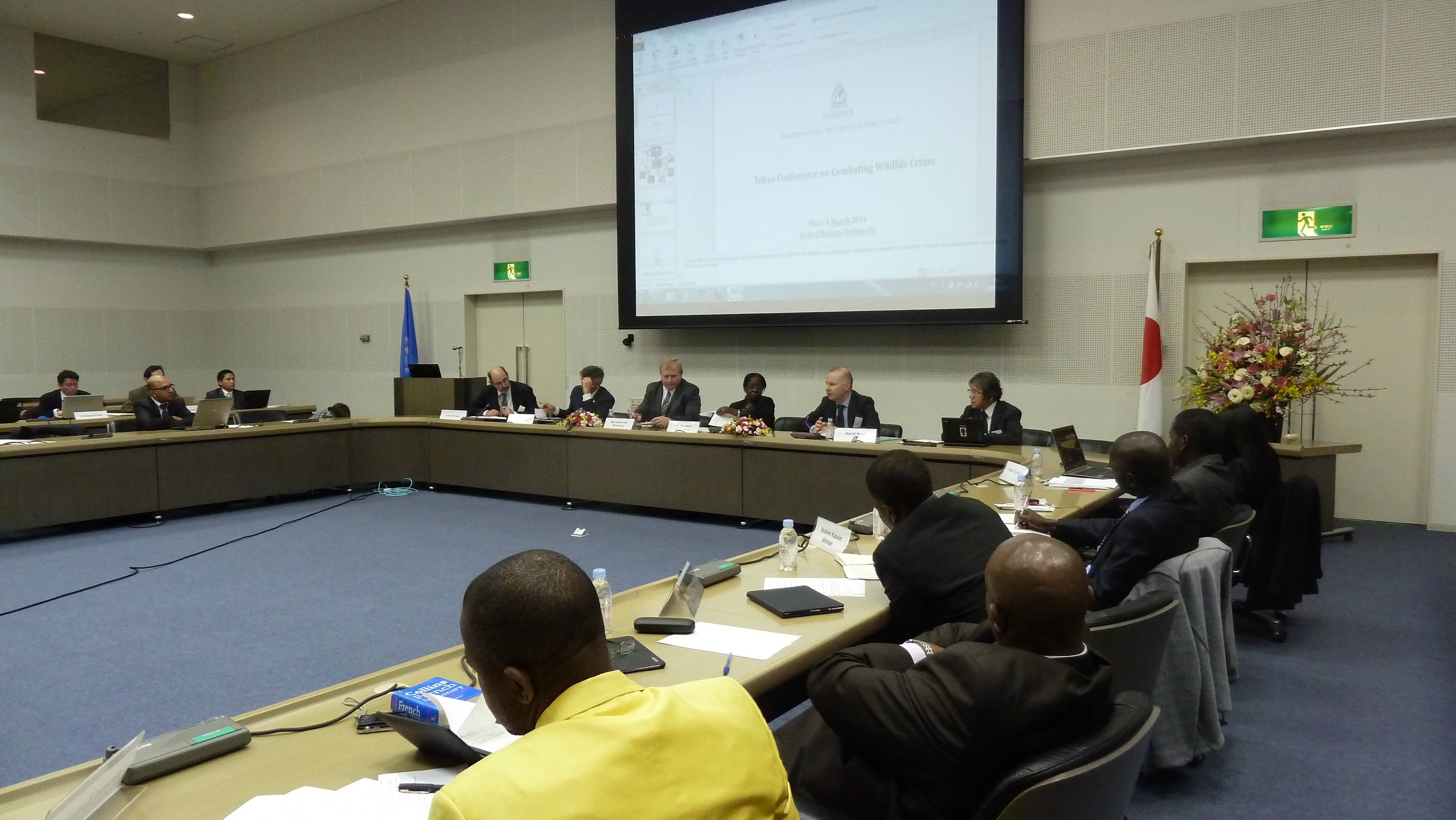 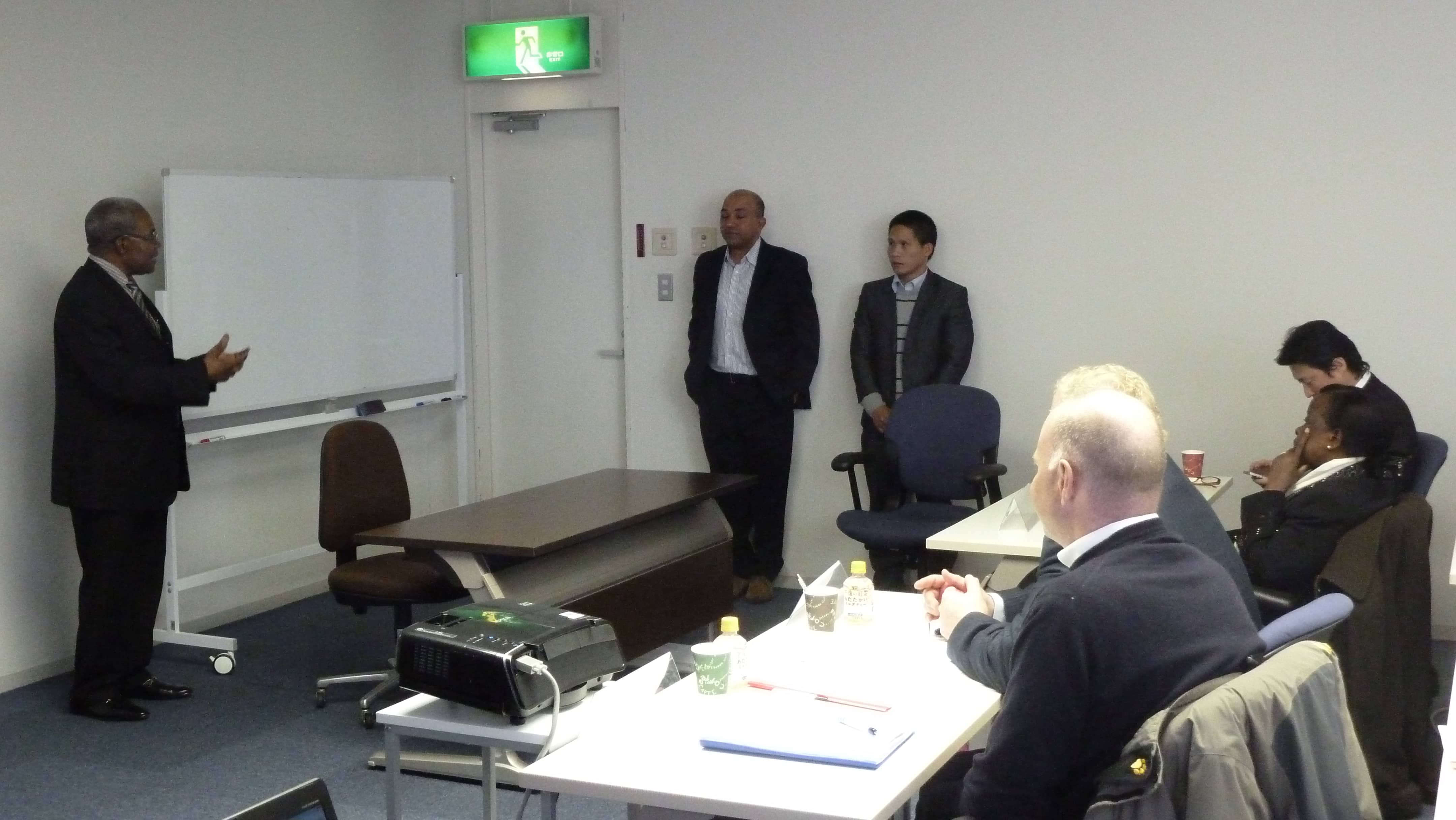 The second day commenced with presentations on the operational aspects and on how science and policy can be bridged using near to real time information. CITES, WCO, INTERPOL and LATF spoke of their enforcement and policy strategies, whilst UNOOSA and RESTEC presented the various ways in which satellite and remote sensing technology can be applied to evidence-based environmental governance. Professor Hoppe (U-Twente) then provided academic perspectives on bridging the gaps between science and policy, and finally the Lusaka Agreement Task Force (LATF) presented their regional cooperation strategies, including the Wildlife Enforcement Monitoring System (WEMS) that they use for transboundary information-sharing among their members. Following this, the day concluded with working groups that formulated recommendations for the Governing Council of the Lusaka Agreement to enhance their transboundary enforcement monitoring system strategies; a very concise summary follows below;

The participants to the Tokyo Conference on Combating Wildlife Crime recognise that there is a growing urgency to combat organised wildlife crime with the use of information systems. They acknowledge that there are information-sharing systems in place, such as INTERPOL I24/7 and WCO CEN on a global scale, as well as more regional systems, such as WEMS in Sub-Saharan Africa. The Tokyo Conference deems WEMS to have been successfully piloted by the Lusaka Agreement Task Force in certain of its member states, and is supportive of its further expansion to other interested states in the future. Recommendations on secured information sharing, data analysis, science-policy engagement and capacity building to address information gaps are also made, such as the sharing of existing tools to facilitate data submission and analysis, training of trainers (TOT) and developing appropriate technological infrastructures. Last, but not least, the international community is encouraged to provide adequate resources to these countries for those mentioned purposes.